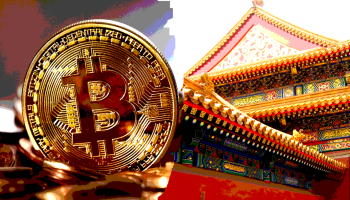 Kevin O’Leary on Monday revealed to CNBC that he was working on a deal that will see a prestigious hotel in the New York city sell ownership in the company through a $400 million Cryptocurrency offering instead of a stock IPO.

O’Leary is said to have made his initial treasure after selling the learning company, a venture he started in his basement to Mattel for $4 billion. The chairman of the ETF firm O’shares investments said that it was a big deal entering New York in a span of three weeks’ time. He referred that to a $400 million coin issuance for the real assets you’ve heard of it.

However the renowned investor said that the name of the Hotel in question cannot be disclosed at the moment because of a non-disclosure agreement. Upon approval of the smart contract by the SEC, one will be able to own up to a third of the hotel instead of a stock or share. O’Leary also said that in the event of this being successful, it will be the first of a kind in the industry.

The hotel asset backed ICO will strictly adhere to the government security rules and will also offer its prospective investors the type of marketing materials that they get with stock initial public offerings. An ideal initial coin offering sells digital tokens in companies however, do not imply any ownership stakes like stocks.

The Securities and Exchange Commission also said that the platforms that are trading in the digital assets that are securities must be able to register with the agency. In reaction to this, O’Leary said that the idea here would be to go to the regulator and tell them that one wants to work with them and that one wants to be regulated. He further said that his aim is to make money and not to destroy the government.

O’Leary believes that ICO’s backed by real assets would be able to allow company’s circumvent much of the wall Street middlemen who include the investment bankers and venture capitalists and provide a medium for a direct sale to potential stakeholders.